Is your jaw dropped to the floor everytime when you see the price tag on an Aimpoint Micro red dot ?

Trust me… it’s not cheap! As the optics industry continue to grow and expand, now we are seeing more afford options on the market. No they are not knock off or replica sights for airsoft.

In this guide, we are taking a look at the best Aimpoint Micro clones that will last.

To save you time, the best ones now are:

They’re military grade products, built like little tanks, and as optics technology advances and demand increases, prices are dropping to help you save more of your hard earned money.

Durability, battery life and price are the 3 most important specs to take a look…

There are lot of variants, so let’s take a look using our comparison charts. 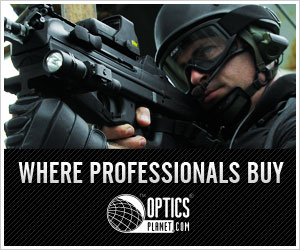 The days of saving up for an Aimpoint is over, cuz newer products are here! They are not completely wasteful Aimpoint knock off or crappy red dot either!

Holosun Optics is probably the first popular brand people look at, and in this article we will only show good Aimpoint micro T1/T2 & H1/H2 alternatives that people love even more and much cheaper.

One thing that the Holosun does the best on their optics is the 2X more battery life, solar power & Motion sensor technology, which make their sights perform as good as Aimpoint and perhaps even better.

The Holosun 503GU is one of the higher end Aimpoint Micro T2/H2 alternative with its similar body profile and the protected extrusion around the MOA adjustment knob.

It comes with a default screw mount and the 503 family also offers the following models with additional Green & Gold reticles. HS503CU-GR , HS503G, HS503R

The HS515 is very much the same as the 503 series optics, but it comes with lens covers and a sturdy QD mount.

The overall quality and presentation is another level above the 403 and the 503 models. It’s very much a complete package alternative to the Aimpoint Micro T2 red dot sight.

The Sig Romeo 5 is one of the hottest selling red dot sights for many 9mm PCC, rim fired guns and rifles.

Generally speaking, the ROmeo 5 is a budget optic that assembles the low profile look of the Aimpoint Micro, but it’s not built to the mil-spec qualities hardcore users are expecting.

What people love about it is its simplicity, functionality and price. Most people find the Romeo5 affordable to slap on all of their non primary / side project guns, and it performs very well for plinking.

This is a great option for beginners and airsoft trainers who want a real optic without spending over $130.

Ridiculous battery life up to 100,000 hours is something the Aimpoint Micro doesn’t have, but it’s not the end of the world.

Aimpoint’s 50k hrs (~5.7 years) is still lot of battery juice for any gun owners, and replacing a CR2032 isnt that big of a deal either. If you spend time worry about a battery in your optic, which won’t expire in at least 5 years, then you need a life and something better else to do!

It’s reasonable to say that the having 100,000 hours of battery life shouldn’t fool you into buying that optic.

Durability of Aimpoint VS Holosun

The Aimpoint Micro T1/T2 & H1/H2 are made for combat use. If money isnt a issue everyone should pick the Aimpoint every time. But thats not the reality!

We do have limited resources as far as financing our firearm hobbies to our best abilities, to make sure what we get is going to work and save our lives when we need it the most.

They have all the core features of a durable mil-spec optic, but as far as offering different reticle sizes, reticle color and extended battery life, the Holosun is way ahead of the game.

Holosun optics are as good as Aimpoint, and there is nothing bad to say about it. It simply just works.

According to Holosun, their optics go through 1000G recoil testing during production.

Most of popular caliber from rimfire to popular rifle rounds don’t generate more than 800G, so the Holosun is good to go onto any tactical sporting rifles.

They can handle 12GA, and even 3.5″ heavy Turkey load, and still retain zero.

Why Aimpoint Is So Expensive

The reason why it’s as expensive is because the Aimpoint Brand. It has been around since 1975, and for each optic that goes through additional testing, the consumer is paying for it.

Bottom line – Business related things determine the price of their products, and there are people more than willing to spend big money to get a quality optic they can trust their lives on.

Do Holosun Optics Have The Same Aimpoint Micro Mounting Footprints?

Holosun optics that assembles the profile of the Aimpoint Micro have the same mounting footprints.

Any popular Aimpoint micro optic mount such as LaRue Tactical, Scalarworks, Midwest Industries and many more will work with the Holosun 403, 503 and 515 models.

We actually have a buyers’ guide on Aimpoint Micro mount under $150 here on our site for you to check out.

Over the years, Holosun optics’ performance shocked us. They’re as good as Aimpoint, and they feels the same and almost work the same way.

The difference is that finally people is gonna get a great product without spending crazy money.

Holosun is durable, resistent to most harsh environments. We say it’s here to stay, in fact the Holosun 407C series micro red dot is probably crushing the Trijicon RMR right now for being tougher, long lasting and affordable.

We have full confidence that Holosun will become the next big optic maker for offering way more great product selections, which Trijicon & Aimpoint are lacking behind.