Whether you are building your AR15 from scratch or just upgrading it, the handguard is the one accessory you can't skip.

In this buyer's guide, let's take a look at the best lightweight AR15 handguards for carbine & CQB length rifles that are rock solid without any wobble, and also features anti-rotation tab and modularity to accept mounts.

Some people attach lights and lasers to their rifles, which can add up the weight quickly , so keeping it light right off the bat by having a lightweight rail can save the day!

There are many handguards available on the market, and there are definitely quality differences among them.

Why KMR is still the best overall - The BCM KMR KeyMod free float rail handguard is simple, streamlined, robust, and lightweight. The most impressive is its proprietary cross-bolt locking mounting system, which is the best in the industry that eliminates rail movement and rotation due to heat and repeated recoil.

Made with aerospace CNC aluminum, and its hard coat anodize for combating corrosion and making it anti-reflective.

The rail can accept KeyMod mounting accessories only, providing an enormous amount of rail real estate for any tactical accessories including 45-degree mounting spots.

Out of all the rail options, the BCM KMR is the lightest and most user-friendly rail to get.

Carbon fiber handguards are about 10X dtronger than aluminum, and about 40% lighter.

Its main purpose is to reduce a significant amount of weight. The Faxon carbon fiber rail weighs just about 6.24 oz for a 10.2" rail. Its the lightest you can get compared to an aluminum rail.

The rail features MLOK slots for mounting tactical accessories, and its built tough without sacrificing ridgity or strength.

For competition shooters, this thing took so much weight off the front end of an AR rifle to dramatically increase speed and maneuverability.

For the ultra-lightweight option, the Faxon Streamline Carbon rail is the choice.

Just like other rails out there, you can get various length rail either with KeyMod or MLOK, and it has QD swivel sockets for attaching a sling.

Because it's so popular, many shooters take this to tactical training and classes, never had an issue.

100% made in the USA, and it features the upgraded anti-rotational torque plate that prevents the rail from rotating or shifting due to recoil and heat.

However, the rail is still mostly clamped tight around the barrel nut, and it's secured by friction & adhesive bond instead of using screws, so there is still a chance that the rail could shift forward.

This rail is highly recommended for new AR builders. 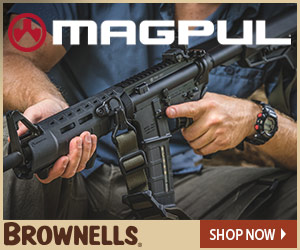 The new handguard still uses the proven barrel nut locking design for the ultimate rigidity even under the most extreme conditions of use.

The MK16 MLOK rail now offers dual anti-rotation locking mechanisms on steroid, to meet the requirement of the US SOPMOD program.

One holds onto the upper receiver and the other two set screws hold onto the lower portion of the receiver, to ensure the rail doesn't shift forward or rotate under any combat circumstances.

For AR builders who want the ultimate combat-proven handguard rail, the MK16 is the one rail to get, and you will not disappoint.

Get the whole URG-I Upper from OpticsPlanet

What we like the most is that the pressure switch sits low on the handguard without a significant portion sticking out. Products like the Cloud Defensive OWL and LCS mount directly into the cutout as well as Surefire and Streamlight pressure switches.

The second thing we like the most is the BCM KMR alike cross-bolt mounting system that prevents the rail from shifting due to recoil and heat. (No barrel nut timing required)

The rail is available in two versions, CORv1 and CORv2. The only difference is the cutout locations, one is further forward and the other is further back.

For anyone who wants a much lower profile and much tighter handguard setup with IR and lights on their SBRs, the COR rail provides a lot of tactical benefits that you don't wanna miss.

Get the best deal on OpticsPlanet

What To Look For When Buying An Handguard

When buying a modern AR15 handguard, you should be looking for the following:

Common Rail Accessories To Get

Modular handguard rail provides the shooter the ability to mount tactical accessories such as:

Depend on which accessories you already have, or plan on acquiring.

Some have different mounting mechanism of the following 3 popular options:

Get some KeyMod accessories here

Get some MLOK accessories here

We highly recommend sticking with one type of mounting system, so you don't have to spend extra money buying mounts.

What Is Anti Rotation Tab?

Ever had a handguard getting loose and started to rotate?

The tab grabs onto the upper receiver from both sides to prevent the rail from shifting or rotating due to recoil or drop, and the set screws do the same.

Out of all the handguard rail systems out there, this is the best type to get if you don't already have a monolithic continuous top rail.

What Rail Length Is The Best?

The most common handguard rail length are:

The best handguard rail length is the one that's relative to the length of the barrel. As long as there is enough rail space for accessories, and the shooter can grip the handguard a bit more forward for better recoil control.

For iron sight shooters, a longer rail system increases the sight radius by mounting the front sight on the far end of the rail.

Highly recommend a rail that is as long as the barrel.