So which one should you go with?

This is a question that get asked multiple times a day. There are nearly an infinite number of combinations of lights, mounts and handguards, so it's not always obvious which one you should pick.

Surefire Scout style weapon mounted lights are very popular among tactical rifle owners. They look sexy, built tough and provides great illumination capability to ID targets in low light situations, and they can also be used as a non-lethal weapon to blind the threat before resorting to deadly force.

In order to use the light effectively, first you need to mount the light on the gun with the best control ergonomics relative to what type of set up you have.

One type of mount that is very popular is the offset light mount, which tucks the light into the handguard to minimize the overall lateral profile of the gun and makes the rest of your rifle configuration very slick and tactically beneficial.

So let's check out what we have...

Depends on which rifle setup you have, some offset mounts work better than others. Other times, an inline Scout mount works well on an already angled offset mounting platform.

Why pick this one - The Arisaka Offset Scout Mount is the most popular mount accessory designed specifically for the Surefire Scout Light M600 and M300 series weapon lights. 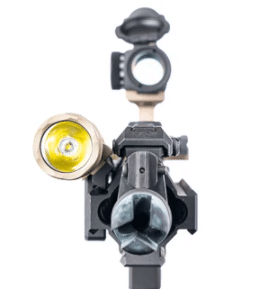 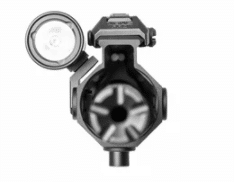 Super Low Profile - It replaces the stock Picatinny rail adapter with a low profile mount for M-Lok handguards. The Offset Scout Mount is very low profile at less than 0.20" thick.

3 Lateral Mounting Positions - The Offset Scout Mount allows the user to position the light closer or farther away from the top rail, front sights, or other accessories. 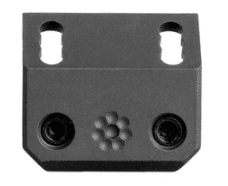 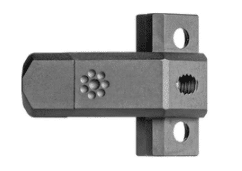 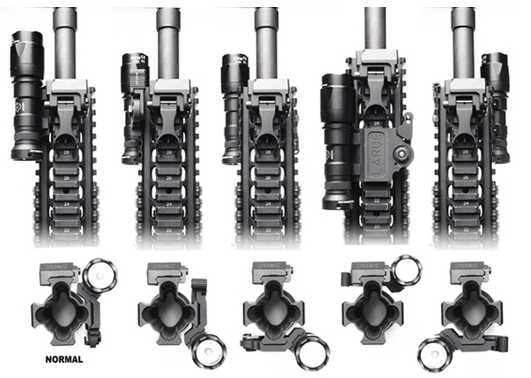 Why Try LaRue Tactical Offset Mount - The LT752 is designed to position a Scout light as close to the weapon as possible, while at the same time putting the light in optimum position for thumb activation while holding the rifle "at the ready". 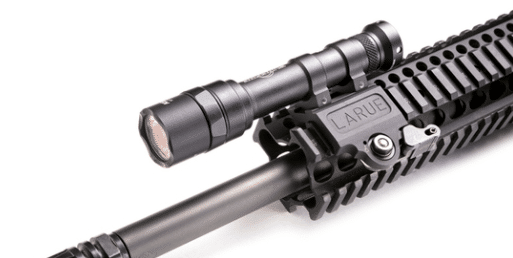 What makes it different than others? So...Offset is offset, and the biggest reason to try this mount is to have to quick detach capability, so the user can quickly remove the light and reposition it without any tools

The only downside to this mount is the QD lever can create snag hazard if positioned in an awkward spot on the hand guard, which can hook on clothing, sling and other things. 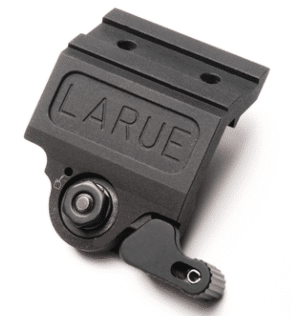 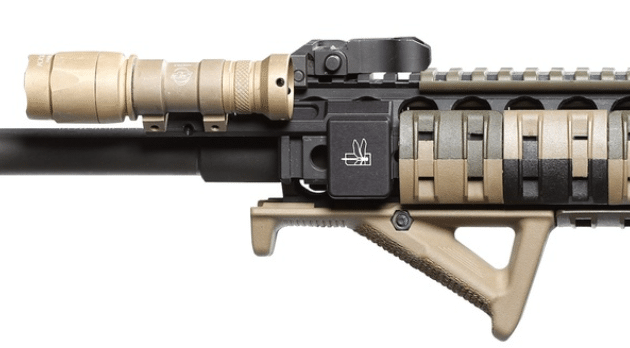 Why try this one - The Imapct Weapon Component offset scout mount is specifically designed to EXTEND the weapon light several inches beyond the end of the forend or rail system allowing the shooter to place the support hand farther forward on the weapon, improving the shooter's control, speed and accuracy while increasing usable space for attaching IR devices, lasers, grips, etc.

Placement Above The Barrel & Eliminates Muzzle Shadows - THORNTAIL’s cantilevered mounting design places the bezel of the SUREFIRE M300 or M600 weapon light above the barrel and in front of the front sight base, eliminating muzzle shadows in critical low or no light shoot or no shoot situations. 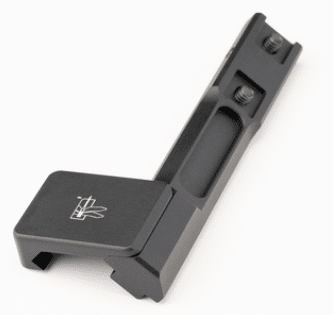 Or Buy On Amazon

Or Buy On IWC 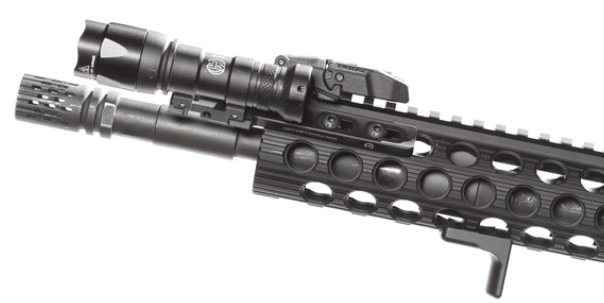 Why Try This One - Just like the IWC Thorntail, the RADIAL Universal Light MOUNT-N-SLOT for Scout & Picatinny Style Lights is specifically designed for handguards that are not M LOK, Picatinny or KeyMod.

How To Make It Go Offset - For handguards that have offset mounting holes, just mount it there to angle the light

What's Cool? - The MOUNT-N-SLOT attaches to any hole slot on the hand guard 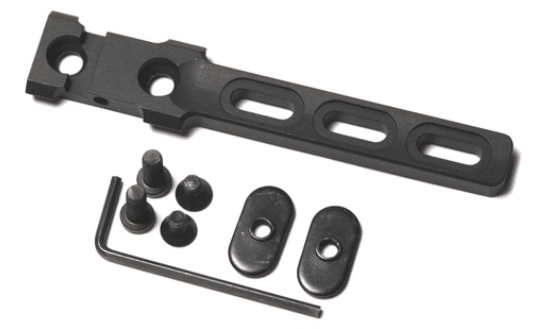 Why try Magpul - The Magpul brand aluminum M-LOK Offset Light/Optic Mount is just like the Arisaka mount without the 3 lateral mounting positions, but they added the picatinny feature just in case you want to mount something other than a Scout light.

It's the most simple and afford offset mount you can get.

Made in the USA, and all hardware necessary for attachment directly to M-LOK Slots on either aluminum or polymer hand guards and forends is included. 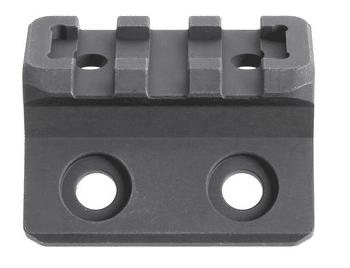 What Is Photonic Barrier – Explained With Images