In this article, we list the best tactical flashlight for Kimber 1911 series handgun (Compact & Full size).

Here is the deal… Most popular pistol weapon lights like the Surefire X300U and Streamlight TLR 2 will be just fine.

But… we got some newer products to show, with increased lumen intensity, durablity, mount ridigity & ergonomics.

Lets check them out…

Maybe your 1911 doesn’t have a rail. Check this out instead: Best Weapon Light For Non-Railed 1911

Surefire XH35 – Best For CQB Use

The NEW SF XH35 just feels like its made for a full steel frame 1911 45ACP handgun. It feels sturdy, solid & ergonomic in most shooters’ hands.

NOTE: T-Slot mount goes on the 1911 picatinny rail, make sure to swap out the universal rail lug to a picatinny before installation.

What we like the most is that it’s basically the same as the X300 with the same control besides the added control panel for activating strobe mode & toggles between 300 lumens and 1000 lumens.

The activation switch is the same as X300:

The only thing we don’t like about the XH35 is the new MaxVision light beam with only 5000 candela, which means this thing doesn’t have enough beam hot spot to be an effective self defensive light in comparison to the original Surefire X300U.

For self defense use, you want more candela and the Surefire X300U will be a better option instead.

The Olight PL valkyrie is an unique light that shares similar features as the Surefire X300 as far as its overall profile.

The PL Pro produces up to 1500 lumens using its CREE XHP 35 HI NW LED, and its powered by its built in lithium battery that can be charged via USB magnetic charging port.

This saves money on buying batteries if you’re constantly doing training or teaching classes. Saves you almost $90 a year on batteries.

The light comes with integrated QD lever (adjustable tension) to go on any picatinny rail. It’s not as streamline as the Surefire X300 since the QD lever sticks out & could be a snag hazard.

The activation switches feel very positive and responsive, most shooters should be able to reach the switches from both sides one handed, without changing how you grip the gun. Even for people with short index fingers.

For the money, you are getting one powerful weapon light from Olight that you won’t disappoint.

More of a compact size light for compact kimber 1911 without a rail. The lumen intensity (100 lumens) isnt the best compared to a full size pistol weapon light, but it’s more than enough for indoor personal defense, effective up to 40 feet.

The TLR 6 is a no rail, no problem type of pistol light, and it’s designed for that as well as other non railed pistol that runs on 1 CR-1/3N lithium battery. It simply just wraps securely around the frame & trigger guard of the 1911 with screws, and there you go.

The light features a red laser aiming module as well as the white LED light.

They can be activated via pressure switches from both sides, and most people can reach the button with their index finger one handed.

Press both buttons to switch modes

One thing to be aware is that there is an offset distance (1.2″) between the laser and the bore, so you have to zero the laser it at a realistic distance. 15 feet is a good distance for pistol laser.

or any other compact 1911 out there. For the price it’s a nice little light accessory for 1911 conceal carry folks.

Why Use Thumb Screw Mount?

A T-Slot Thumb screw mount lasts longer than the ones you slide onto a rail. Even if you have a worn out rail, you can adjust the screw tension to make it stay tight on the gun.

A rail lock-on weapon light gets loose on the rail over time, if you constantly swapping it on and off.

Much Lumens Do You Really Need?

Highly recommend MORE lumens. Out of all the selections above, we have:

The simple answer is that 100 lumens is the baseline, and getting something like 1000 lumens or more have significantly increased blinding effect for close quarter home defense applications.

How To Keep Light Lens Clean

Since a full size weapon light like the Surefire X300, XH35, Streamlight TLR 2…etc all mount flush to the barrel of a full size 1911.

Every time you shoot, the lens will get fogged up by the carbon residue. So it’s important to keep it clean after every range session with alcohol rub or solvant. 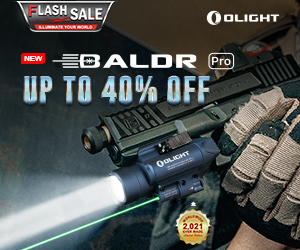 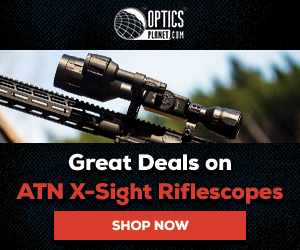