This guide will share some tips on what to do if a defensive shooting incident happened inside your home while the person with the gun was intoxicated.

To put things into context - Party at home, the homeowner who hosted the party has consumed alcoholic drinks to the point where he/she is no longer qualified to drive a car, but still able to be rational. The home intruder break-in and the homeowner shot and killed the intruder. Now what?

"State [name], I'm involved in a shooting, and I need police and ambulance presence".

Provide an address and clear description of yourself, so when the police arriving on the scene know what to expect and at least know who the defender maybe.

Then shut your mouth, and don't say anything else until you meet the lawyer. And do not go on and on about what happened on the phone.

Put away the firearm when the police arrive, and yes you will most likely be arrested as a part of the process, and just let the police do their job and don't resist even if the officer clearly know you're not the bad guy.

Don't be that guy that gets into :

Police arriving are already on high alert, and you don't want them to accidentally shoot you because you have a gun in your hand, and you may be too disoriented after what just happened.

Say nothing more to the police, don't answer any questions that may put you in legal problems if you're too traumatized to talk coherently or remember the details.

What To Do When Interacting With Your Lawyer

Different states have different laws, and self-defensive situations can vary from person to person and situation to situation. Some cases are in the gray area, especially there isn't any witness, no camera footage.

We highly recommend any conceal carry holder and gun owners, in general, to be a member of the U.S Lawshield or USCCA to get Coverage for Lawful Acts of Self-Defense (Use of any legally possessed firearms)  if you’re ever forced to protect yourself or your loved ones.

They will provide you the support and guide you through the emotional aftermath of a shooting.

For the most part, situations that lead to shooting should be avoided, but sometimes trouble comes to you, and it's always better to be prepared, trained and be educated on the laws and the subject matter.

How To Turn Off Holosun Red Dot 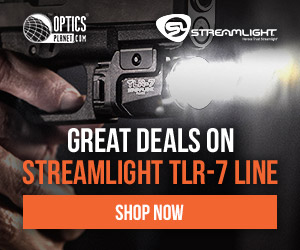