What is an ACSS HUD DMR reticle? and how to use it effectively?

In this informational guide, we are going to take a look at the ACSS DMR reticle with some visual illustrations, so at the end of this article, you will understand why it’s such a giant leap in modern reticle design and how to use the ACSS reticle for rapid engagement.

What Is An ACSS HUD DMR Reticle

It’s very much like the ACOG TA 31 reticle, but with added features to help the shooter range estimate better, faster and hold easier without doing any math.

Who Is This Reticle Made For

The ACSS HUD DMR reticle is great for hunting and military applications.

Shooters who don’t want to guess hold over or do math in their head will benefit greatly from this reticle.

The ranging reference points are designed based on average human size target either facing straight or sideways, which provides tons of combat capabilities in the field.

The core reticle features are:

Most shooters will pick up the ACSS reticle and just aim with the Chevron tip and not fully understand the capability of the ACSS, after reading this you will have a better understanding.

The chevron tip is best for precision shooting without obstructing the target compared to a crosshair center aiming point.

It’s so much easier for the human brain to distinguish and to draw the eye for fast target acquisition. It’s just that simple and nothing else more to it.

Depending on type of ammunition, barrel length and weather conditions, the point of impact will vary.

Please identify the type of ammo you are shooting by following these chart [Only the most common factory 5.56 loads are represented in this guide]

The ACSS HUD DMR reticle features a ruler alike reference lines to the left and right of the Chervon reticle to help the shooter estimate distances with a known size target.

The biggest error shooters have in the field is incorrectly estimate target distances. Example, thinking a target is at 500 yards, but it’s actually 600 yards.

How to use it – Place the target using the auto range scale, if the standard 36″ tall torso target fits the height of the line, then that will be the corresponding distance.

Then aim with the corresponding BDC reticle.

For targets sitting at 0 to 300 yards, the horseshoe reticle is designed exactly for that purpose. You can get on target very quickly when it’s illuminated.

The horseshoe is the same size as a center mass target at 200 yards, and the bottom opening of the horeshoe is the reference point for 300 yards, then followed up with BDC lines all the way to 1000 yards.

How to use it super easy – The size of the horseshoe fits a torso target of 18″ wide, Just fit the target in the proper line and know the distance right away.

When a standard size torso target turns sideways at an angle, the shooter can’t estimate the center mass accurately anymore, so the solution is to use the auto range scale to the left and right of the horseshoe reticle.

It acts like a ruler for measuring a standard 36″ torso size target’s height, and each line corresponds to the distance.

How to use it – Place the 36″ standard torso size target to match the marking, if it fits then that’s the distance.

How To Use The Moving Target Dot

The ACSS HUD DMR’s moving target lead reticle has the same technology used in Russian PSO system, which is a pre milled system that incorporated already calculated and laser etched onto the glass.

It gives the shooter the proper lead on a moving target at an unknown distance extremely fast just by placing the target in one of the circles.

What do the circles mean – The size of the circle on the reticle represents the head of the target moving full sprint at 8.6 mph at the relative distance [300 – 600 yards]

How to use it – The shooter just need to fit the target’shead that is moving inside proper circle as close as possible to know the distance and lead right away.

Why ACSS is so great – Usually a sniper has to look up a data book to know what his/her leads are, but with the ACSS reticle, all the math is already done for you, so just point and shoot.

Wind is always a factor in any long range shooting, and it’s one of the biggest reason for missed shots.

The ACSS HUD DMR 5.56 reticle features 5-10 mph wind holds at each range. The reference points are very intuitive and easy to use for hold.

How to use it – After ranging the target and confirming the wind speed, place the corresponding wind dot on the target at the right distance and engage.

If you’re not sure to dial or hold, please check out this article here to learn the pros and cons for each technique.

What Scopes Use The ACSS HUD DMR Reticle

For now ACSS reticles are being used exclusively with optics made by Primary Arms. and just recently Trijicon has partnered up with them to incorporate the ACSS Auroa reticle (NOT the HUD DMR reticle) in their ACOG ACSS reticle optics as they saw the potential to increase combat ranging capabilities.

It’s obvious a huge success for Primary Arms and many people who have used it love it.

Which Rifle Platforms Benefit The ACSS HUD DMR Reticle The Most

The ACSS HUD DMR reticle is great for a lot of rifles for fast target acquisition close up and at extended range without guessing the distance.

The reticle is specific designed for the military by compiling data and feedback from front line fighters who desire for a reticle that gives them better ranging capabilities, less obstructive, and fast without doing any math or guessing.

The reticle is basically the same as the Trijicon ACOG TA 31 reticle with a lot more reference lines to quickly identify target distance from a known target size.

For the best result, please use the ammo type recommended from the chart above & barrel length.

If you use reloads, please test them and establish your own firing solution for each reticle reference line.

What ACSS Reticle Scopes Can I Buy

There are many different ACSS reticles available for different calibers, and most of them are from Primary Arms.

Some are for red dot sights and some are for magnified optics. to learn more please check out our ACSS scope guide here to get started.

Loved the ACSS reticle, but still want to see other reticles are available? Click here to learn more.

I was a former US Air Force ICBM operator, and now I'm a veteran creating fun firearm accessories content. I also work as the search engine expert for BadAssOptic.com

Do You Need A Riflescope Side Parallax Adjustment?

0 VS 20 MOA Explained – For Precision Shooting 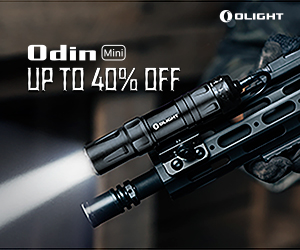 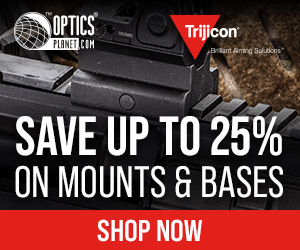