In this comparison review, we check out two weapon lights: Olight PL Pro VS Surefire X300U

Two very popular weapon lights with very different features, So which one should you get? Let’s find out

Right of the bat, Surefire X300U has been around for a while, and its the name people trust, and battle proven.

The Olight PL Pro is new and they are definitely catching up to the competition by introducing never before seen technologies to make a pistol weapon more powerful and modern.

Let’s compare the two lights and pick the right one for you.

Use Code: OLIGHTSTORE10 for 10% OFF on Olight Store

When it comes to lumen and candela outputs, the Olight PL Pro wins!

When it comes to mil-spec durability, Both are great

When it comes to holster options, Surefire X300U wins

Both lights have center hot spot and wide flood spills that are very common in pistol weapon lights for peripheral illumination.

Note: First time Olight PL Pro users, please press and hold both switches at the same time for about 2 secs until the brightness increases, indicating it has exited lockout more. (PL PRO ships in Lockout mode)

When it comes to which light performs better if ambient light and back lights are present, the winner has to be the Olight for the higher candela.

Higher candela light have a easier time punching through photonic barriers, and it’s something low light training talks about alot.

However, the Olight has a built in temperature control which will regulate the lumen output to a lower setting. It depends on how you use your light and how much you use it, the reduced lumen is not favorable. 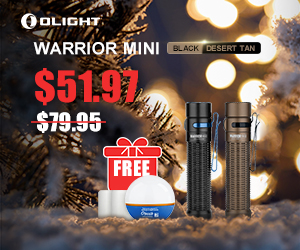 Surefire X300 has more holster options – Need a holster? There are more light holsters made for the surefire and streamlight products than anything else.

The Olight PL Pro however, just doesn’t have many holster options at all. If you want to carry your light with you, the X300 is the better light to get and you don’t have to run into holster issues.

This doesn’t make Olight PL Pro a bad light. In fact, it’s a great weapon light for home defense, and there is no need to get a light holster for it.

Both mounts work great – The Olight PL Pro has the QD lever style mount, and it’s very easy to operate. Surefire X300U offers rail lock and T-slot mounts, and we recommend using the T-slot mount for the X300U.

However, the Olight seems to have potential snag issue with that QD lever sticking out.

Other than that, the Olight PL Pro does have a muzzle safe mounting design, which you don’t have to slide the light from the front of the muzzle back and put your hands over the muzzle.

Is it a big deal? not really as long as the user is paying attention to basic gun safety.

The Surefire X300U definitely has the better and cooler looking mount than Olight.

Surefire X300 has superior controls – They share some similarities, but the Olight PL Pro is pretty much a copycat of the Surefire X300, and the it has the better control switch design.

The controls on the Olight includes constant on, momentary and strobe that can be used from both sides.

However, the electronic push button senses how long you have pushed the button, and then it performs the correct function.

This is inferior to the rocker type switch because there is a delay, and you can’t just do a quick tap for momentary on, and you have to hold it. This slows you down and could potentially affect motor skills during stressful situations. 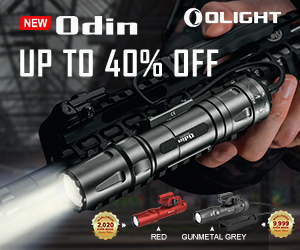 Surefire X300U still uses the 2 CR123A batteries to power a 1000 lumens light, which is not a problem. It’s still bright enough for most tactical applications.

Here is the bottom line, if higher lumen and candela are asbolutely important to you, the Olight PL Pro is the choice. On top of that you’re saving money on a ton of battery, if you use the light a lot.

If you look at the overall specs between these two weapon lights, the Surefire X300U is truly a better & stronger light than the Olight.

However, the Olight PL Pro is so much stronger and better than the previous model, and it’s as strong as the Surefire.

Both lights are durable for use, but the Surefire just feels a bit higher quality.

Under normal circumstances without physical abuse, these two weapon lights will perform well.