Got a light on your firearm? and you want the best tactical flashlight remote pressure switch you can find that's reliable, easy to operate & just works.

No more Velctro, No duct tape, No Zip ties. They go onto your rail with integrated mounting system.

We have tested a few great products, and here are our top 6 picks including the newest products released to the market as of 2020.

Surefire SR07 plug & play tape switch is the most popular Scout light remote switch for firearms with M1913 tactical rail. The MODLITE miniature pressure switch button mount is also a cool one that just came out in Shot Show 2020.

Now there are alot more options to choose from. We gonna look at their unique features, reliability & ergonomics for long gun, shotgun & sub-gun use.

The Surefire X300 style light is generally used as a pistol weapon light, but it's also used widely on long guns. Sometimes adding the Surefire XT07 remote switch to it can make this light way more versatile than before.

When you get this, you have to remove the factory battery access door & replace it with the SR07. Now you can control the X300 or XH35 with an remote switch.

The wire is 7 inches long. They can mount on standard m1913 rail . They're made with rubberized material so you can pop them on and off the rail very easily.

The light features a momentary switch & a round constant on switch. We like the simplicity of the design so the user know exactly which button does what.

For Streamlight TLR series pistol profile lights, the first thing you need is the Remote door/Switch assembly, and you have to buy the TLR pressure switch coil separately

This switch is pretty much the same thing as the Surefire SR07.

The Night Ops Tactical came out with a very clever way to solve pressure switch problems that exist on the market today.

The best part about the MODLITE light switch system is it's wiring organization and low profile size. The switch button is the perfect size for normal users, and it takes up about 4 pictianny rail.

The button isn't mushy, and gives good feedback whether you wear a glove or bare hand. So it's gonna turn on every time you make contact & push it.

Another feature we like is that you can reverse this thing if you want the light on the left or right side of the gun.

Note: You only need this if your pressure pad doesn't have a mounting footprint.

The Cloud Defensive ST07 mounts are mounting platforms for pressure switches that require the use of zip ties. It works for Surefire Scout, Streamlight

The ST07 solves that problem competely.

Available for M-LOK & M1913 rail. It's just like the Magpul Tap Switch cover plate to keep the pressure switch in place & the wire is organized & protects the most critical part of the cord from bending.

In addition, this part is low profile and also allows the user to route the cable through the LCS and exit the other side to balance the slack when needed for your given configuration.

You can play around with a lot of options when using this mount.

Get It Here On Brownells

Any time you hear about TNVC, all you hear is super expensive night vision equipment you can never afford easily.

Like it or not, the company makes some innovative stuff like the TAPS. This low profile pressure switch TAPS is a collaboration between TNVC & Unity Tactical to produce this tactical smart remote that can control two devices.

Normally a light and a laser

It comes with a standard Surefire plug for a weapon light & crane lead plug for any mil-spec laser device like Steiner DBAL.

What we like is its built-in mounting system that fits on M1913 rail, M-LOK & KeyMod systems & it gives you complete control of how you want to use the switch to operate the devices mounted on your rifle.

Depends on which direction the leads face, the 9" cord gives alot more flexibility for the user to mount in their preferred location on their weapon system. You can program the switches direction for keeping grip & operational consistency.

Laser front & light back, or light front & laser back. You have the flexible to do that as you change your configuration.

When you pick this up, you get 3 options:

It will not work for other weird out of spec lights. This is the highest quality stuff made for light & laser people.

If you don't want the programmable version you can get the basic model available on TNVC, Unity Tactical & OpticsPlanet.

The HOT BUTTON is a crazy simple design that has greatly improved ergonomics for many weapon lights on the market.

This angled pressure switch is low profile and it perfectly integrates with modern rifle hand guards. Place it on any side of the rifle hand guard & rewire the cord appropriately.

The HOT BUTTON is at 45 degrees with crenelated bezel around to protect the switch from accidental discharge, the button itself is tactile and gives positive feedback.

This design reminds us of the Inforce WML weapon light with its angled pressure switch.

Now you can have it for any light. The whole unit comes with the mount & a 9" wire for the device of your choice. Available for MLOK rail system:

A pressure remote weapon light switch with integrated Picatinny clamp can go directly onto the rail without any modification.

For ones without built-in mounting feature, this is where something like the Cloud Defensive ST07 or the Magpul Pressure Switch Cover are important accessories to get.

Most products on the market are very easy to operate. As far as ergonomics goes, Its up to the users to decide how & where to mount the remote switch on a tactical rifle for the best operation.

Not all pressure switches are made the same.

Generally speaking, a low budget pressure switch that comes with the light usually aren't the best. Pressure switch does fail in the field when you need it to work, so having a secondary activation button is a good choice.

Maybe you use another light on your weapon system for other purposes such as Infrared light, laser and other tactical equipments.

Getting a pressure switch that incorporate two switch functions can help the user dramatically by organizing switch controls in one location.

Is the cord too short or too long? It can be an issue when you want your setup to be as slick & snag free as much as possible.

Adjust to your own preference.

Will The Pressure Switch Work For Their EDC Series Flashlights?

The most common pressure remote switch on the market are made for Surefire Scout light port or for the Streamlight HLX.

It will not work for lights that aren't designed to be mounted on guns.

Does The Surefire XT07 Remote Switch Work For Surefire XH35? 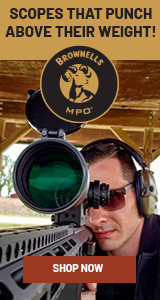