Skip to content
Let's do a quick Cloud Defensive REIN review in this guide, and show potential buyers other cool weapon lights on the market besides Surefire.

We're going to check out its specs, beam performance, mounts and other great features of this light. Let's check it out:

Items included in the complete REIN packaging are:

What Applications Is REIN Best Used For

The Cloud Defensive REIN is great for:

There are tons of unique features of this light that we would like to cover in this review guide. Let's start by checking out its components.

The tactical flashlights technology has came a long way from the days of just 120 - 300 lumens to what it is today.

Cloud Defensive took all positive things from traditional weapon lights over the years that people liked & redesigned the REIN from scratch while keeping the same Scout mounting footprint to work with existing accessories.

The Cloud Defensive REIN is a brand new light from the top to the bottom that has everything in one package, and the light head doesn't work with other light bodies.

The Cloud Defensive REIN can outputs up to 1400 lumens & 60K candela on a fully charged battery.

The Candela rating is the number one thing that people are going crazy about the REIN. 60K candela is the highest rating exist as far as in 2020 for a rifle mounted weapon light.

The user can use this light to illuminate an target area as far as 150 yards and to PID targets.

The light can take one single 18650 battery instead of still using 2 traditional CR123A batteries. At the time of reviewing the REIN, the weapon light industry is slowly transitioning away from CR123A and developing technology to support higher output products.

At closer ranges, the reflector on the REIN can illuminate the surrounding to maximize situational awareness, and it can also throw the spill a bit further down range to provide more illumination.

The REIN's light beam does seem to have a warmer tint that reduces the color contrast of the area of interest under low light, which isn't a neutral white tint or cool tint.

If the beam is too warm or too bluish. It can often skew the perception of certain color shades in the dark.

It can be an issue for law enforcement & military applications where positively identifying things in the dark is paramount whether be a person or a building among many other color variations in the environment.

Another cool feature of the Cloud Defensive REIN is its end cap design. It allows for better cable management by wiring the cable at 90 degrees instead of coming straight out from the back.

Cloud Defensive's LCS (Light Control System) is an unique pressure switch system designed for the Scout lights, and it's now integrated with the REIN to offer even more cable management support.

The new tail cap design have the following benefits:

Unlike traditional weapon light setups with the "rear exit type" cable, they stick out on the rifle's handguard, and it can pose snag hazard.

However, the downside is that the REIN can't use any of the Surefire scout switches like the Unity Hot Button, TNVC TAPS and others.

The REIN uses a single recharageable 18650 battery to support a higher outputs. It can also accept various types of 18650 batteries with different length dimensions.

Since not all 18650 batteries are made the same, especially length-wise, the added battery jack inside the body accommodates a wide variety of batteries from unprotected cell to rechargeable.

Not only the 18650 battery runs longer and harder, it saves tons of money and can be recharged on the go if you go one step further by using a USB solar battery bank, and the user no longer has to rely on the power grid.

Any scout light mounting accessories from Surefire, Arisaka, IWC...etc can be used with the REIN (Works for KeyMod, Picatinny & M-LOK)

The Cloud Defensive REIN features a serviceable lens for simple replacement. The bezel is made with S7 tool steel to significant beef up the durability of the light.

Since weapon lights are hard-use tools that subject to impact, shock, recoil & other physical abuse, the S7 tool steel has about 53 Rockwell rating and is the same type of steel used to make jack-hammer bits.

It's hard enough not to bend or crack.

Since the lens is one of the most common failure points on the light during force on force training, its 3mm thick glass lens are built to withstand multiple hits of 5.56mm simunition rounds at point blank distance. It's very strong and it's isolated from sharp vibration.

If the lens break after running it hard, all you have to do is to replace the lens by disassemble the bezel.

The Cloud Defensive REIN is built much beefier than Surefire scout and Streamlight HLX. This is a field grade weapon light optimized to use on any rifles. However, if you're okay not be able to use any of existing Surefire tail cap accessories

Just a recap! there are 4 things that REALLY makes the CD REIN stands out:

If you're interested in the Cloud Defensive REIN and loved everything you've seen so far in this review guide, you can visit Cloud Defensive to purchase the light directly (They offer military discounts)

Or check out OpticsPlanet (Discount codes offered & OP bucks can be earned).

Surefire X300U VS XH35 – Side By Side Comparison Reviews 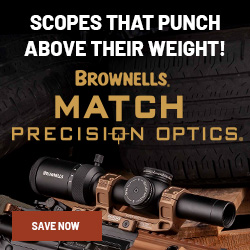