There are tons of tactical flashlights for modern rifles.

We have complied a list of 6 best tactical flashlight for rifles based on lumen intensity, candela throw performance, control, available accessories, durability and value for money.

They are the top of the line products pros are using in the field.

Why Pick The REIN - The REIN is a thrower beast. Illuminating everything up to 150 yards is a piece of cake. It works just like other lights and it's by far the best.

Accepts Various 18650 Batteries - User can use a wide variety of 18650 batteries from unprotected cell to rechargeable.

Thick Bezel Lens - S7 tool steel bezel & uses serviceable 3mm thick lens (thicker than anything else out there right now) to significant beef up the durability of the light.

4X more throw - The Modlite OKW is about 400% more than a Surefire M600DF and about ~27% more than the Cloud Defensive OWL. It's perfect long distance PID and threat control,

Even though the lumen is only 680, throw of this thing for a medium range rifle is outstanding in the dark than a 1000 lumens light with less candela.

Feels like a Surefire & It's better - The light assembles the feel of a Surefire Scout, and its powered by a 18650 battery (CR123A Not supported), and the user can swap out the head for:

If youre already a Surefire Scout DF owner, you can swap the SF M600DF head with Modlite to get the performance Surefire doesnt offer.

While lumen output with this light is similar to the Surefire M600DF head, the throw is much better suited to a rifle mounted application at more than 3X the amount throw than the M600DF.

Why we rank this as our #2 - For anyone shooting in the dark past 150 yards to 200 yards, this is by far the best thrower with good ergonomics.

The Throw is amazing - The OWL (50K candela) has 2X more than its competitors, which allows the light beam to penetrate far into the distance up to 400 yards, while other lights have already dimmed down at about 200 yards.

Unique Control - The unit feels like the BE Meyer MAWL. The control switch can be orientated to work with lefty & righty shooters.

The only cons of this thing is its slightly larger size, which felt like something just sticks out the side of the rifle.

Oh by the way, this thing is literally indestructible… Just watch!

Why we love the Odin - The Odin is the best-dedicated 2000 lumens rifle Scout light that Olight has ever made to compete with the Surefire Scout.

For the price of 1 Surefire M600 Scout, you can buy two Olight Odin's if you have multiple rifle setup.

Use Any Surefire Scout Mount - The light comes with built-in Scout mounting points so you can use any existing Scout light mounts you have for KeyMod, Picatinny or MLOK.

If you don't have one you can shop here.

Biggest Pressure Switch Improvement - No more complaints about the old magnetic pressure switch cord snag on stuff and come off, the new design allows it to the user to snap the retainer in place and it stays on solid.

If you don't want to use the pressure switch you can take it off and activate the light using tail cap switch, the same type found on Warrior X Pro and M2R Warrior.

Adjustable Lumen Intensity - Another cool feature the Odin has its the ability to switch from 300 to 2000 lumens for adjusting to your lighting situations.

As much as we love American made Surefire products, but it's expensive, and Surefire got to be more competitive in today's manufacturing game because Olight is really breathing down their neck right now with way more powerful products at a more affordable price.

Why we pick this - it's the most classic scout light that has been around for a long time, and we like it for its real life combat track record, and now it has been upgraded for more lumen intensity.

Accepts aftermarket parts - If you have read the Modlite recommendation above, the Surefire M600 Scout DF can accept different Modlite Scout light heads.

At anytime, you can decide to swap out the factory M600 Scout head with the aftermarket light head for increased performance. Highly recommended if you run into light performance limitations out in the field.

The 18650 full length scout light body is constructed with 6061 T6 aerospace aluminum, and under reasonable circumstances this light is virtually indestructible.

In addition, all Surefire lights accept pressure switch, which is essential for rifle operators.

Why it's so bad ass - Olight Warrior X Pro is a powerful outdoor utility light with a 96K candela rating, which is perfect for a long gun engaging targets past 500 - 600 yards.

Ridiculously high candela rating - Even more powerful than the Modlite OKW head. The throw performance is like a diffused laser that reaches very far.

Very versatile - Can be used as a powerful handheld light or on rifles.

User Friendly - Super easy to operate and it's one of the best handheld lights that can be used on a rifle or a shotgun.

A Longer throw with a hot center beam can lit up the environment further into the distance, to positively identify targets & control the threat at a safe distance.

Another reason is that a strong throw works well in urban environment where the quality of the light wont get affected by fog, ambient light or other light source, and the beam can clearly light up an area of interest for the shooter to see.

So what's the difference between a weak throw and a strong throw?

Check it out below:

Outdoor Demo - Pay attention to the details at ~ 150 yards

CD REIN, lit up the scene and the berm behind

When Is Flood Beam More Important Than Throw?

Having a strong flood beam is important for close quarter applications where the shooter can point the weapon light in the general direction of the search area and light up everything in his/her surroundings without having to pan the muzzle all over the place.

A balanced flood and throw beam pattern is great for hunting, close range home defense and force on force training.

When Is Throw Performance More Important Over Flood?

The throw performance becomes more important than flood If the PID and engagement distance is past 100-200+ yards, having a powerful and focused throw beam helps to clearly see what's down range without missing any details.

A tight focused beam with tons of candela output can also help light up things through brushes and tree lines to see targets behind in the dark, where as a weak throw light can't.

For military and law enforcement applications, there is a big difference between Clearly PID and barely making out the subject in the dark. 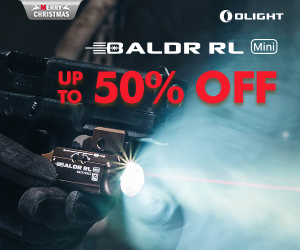