The biggest frustration when zeroing an optic is the confusion over which way to dial when the reticle appears to move in the opposite direction of what's labeled on the elevation and windage knob.

Most shooters think Up/Down, Left/Right labels on the scope turrets represent the direction for the reticle.

However, when the user dial left, the reticle actually moves to the right... what's going on here?

Most optics label the dial directions to reference the point of impact instead of the reticle point of aim.

Shooters tend to get lost further in the scope turret adjustment when this happens, especially if they need to make a 20+ clicks adjustment while not observing what's going on through the scope, then they found themselves doing the following:

The Correct Directions To Dial Turrets

Here is a simple example:

Assume your initial shot group is 4" to the left and 1" high of the point of aim at 10 yards. Now zero the reticle to the point of impact.

Remember: The directions etched on the elevation and windage knobs reference the point of impact on paper, not the reticle point of aim.

Make sure your gun is at a fixed position when zeroing the optic.

We recommend using a laser boresight to give a good ball park zero reference point of impact without firing a shot.

Based on experience, this provides a much easier effort than manual boresighting method.

Dial the turrets until the reticle get close to the laser pointer. Finally refine the zero with live rounds by a few clicks.

The laser boresight saves time and ammo when zeroing an way-off scope or re-zero after optics swap, so the shooter doesn't end up chasing the zero all over the place on a paper target.

How To Compensate For Shooting Angle – 3 Simple Calculations

First VS Second Focal Plane – Which To Use? 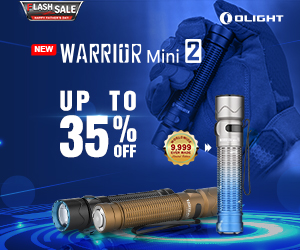