In this side by side comparison guide, let's check out Streamlight TLR 7 Sub VS 7A. Both lights have similar lumen & candela performance, but the body profile is different.

Streamlight TLR 7 SUB is basically a TLR 7 A in a smaller body for sub compact handguns.

Streamlight TLR 7 Sub is only 0.01 oz lighter, and 0.07" shorter than TLR7 A. The weight difference is almost unnoticeable.

The TLR 7A model has improved so much from its original release, please read our TLR 7A review on our site and see the difference.

Both lights can output up to 500 lumens & 5000 candela on a fully charged CR123A battery, and it's best used for illuminating targets of interest in low light up to 7-40 yards.

Check out this footage we shot from our drone at night.  5 - 10 yards (Camera exposure setting closely match what the human eye sees, much brighter in person)

We stress a lot on our website - Lumen intensity is important, but Candela is king for throwing the beam far to identify targets.

For personal defense engagement distance, the TLR 7A and TLR 7 Sub can lit up the scene and the user can clearly see the target in low light, and ID what the person is holding in their hands to make the best judgement.

Both lights have a balanced focused hot spot & flood beam optimized for close-range applications up to 30 yards.

The light head can be replaced via Streamlight's Limited lifetime warranty. Great for airsoft & simunition training. When something breaks, just replace the head.

IPX7 waterproof to 1m for about 30 minutes, meaning the light can withstand water splashes, but not recommended for water submersion. 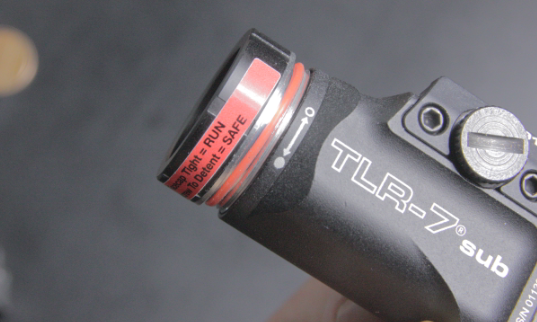 Note: To enter the strobe mode (TEN TAPS Programming), press one of the toggle switches 9 times, hold on the 10th press until the light flashes then off.

When the strobe mode is activated, you can still operate constant on and momentary modes as normal.

TLR 7 SUB and TLR 7A feature the same ambi toggle switches that gives the shooter better control with the firing hand and the support hand.

It's reachable for shooters with various hand sizes, and it gives very positive click feedback.

This is actually the biggest upgrade in the TLR 7A from the original TLR 7, and we are happy to see it on the TLR 7 Sub. The TLR 7A model can go on pretty much any compact & full size handguns. Just buy 1 TLR 7A, and it goes on all of them.

However, the TLR 7 SUB are sold separately for 3 different versions:

In our opinion, this is a new business model to generate more revenue. Streamlight could have just include all these rail clamp sizes in the package, so the user just have to buy one light and it works on different guns.

If you own G43X, P365 and other Subcompact guns, you might have to buy all 3 models just so that you can get the specific rail clamp. 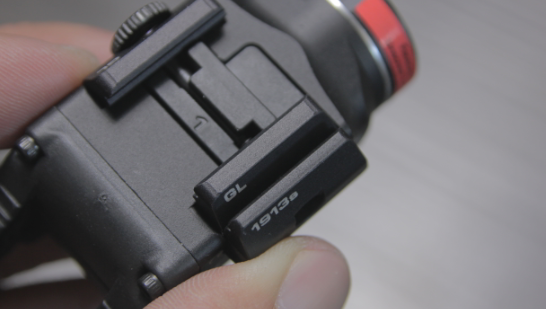 The Glock version actually uses the same key #1 as the M1913 version, but the clamp size is different. See picture above.

People with 3D printing skills can make their own clamps, but for the rest of us, you just have to buy them all.

Hopefully these rail keys will be available for sell separately in the future.

TLR 7A and TLR 7 Sub are made out of 6061 T6 aerospace aluminum. Under normal use the light will last you a long time.

The only complaint about the TLR 7 Sub is that the user has to buy all 3 models if they own G43X, P365 and other M1913 railed sub compact guns.

In addition, the TLR 7 Sub doesn't fit the Hellcat unless trim the rail key (See how here)

What can be improved ? - We are looking forward to seeing the Streamlight TLR 7 evolve into the use of a higher output rechargeable battery for higher lumen & candela output without increase in its overall size.

Should You Use Loctite On Scope Rings