We have used many optics on different types of firearms. Do you know which are the best red dot sights for pistol applications?

In this article, we put together a great list of 5 industry-reputable handgun optics to help you save your time researching.

So let's check them out:

Why it's the best - This open emitter reflex sight is the gold standard for all micro red dot sights, and it's the go to choice for pistol slide mounted sighting system

Increased Slug Accuracy - 3.25 MOA dot size or higher are great for acquiring the target fast and easier for shooting with both eyes open

Why Use Holosun 507C - The Holosun 507C X2 is by far the best alternative to the Trijicon RMR and saves you a lots of money while the mounting footprint stays the same.

Solar Power BackUp - Solar fail-safe power kicks in immediately when the battery dies, so the optic will always remain on

Side Battery Access - No sight removal required to swap battery.

2X More Battery life - The Shake Awake technology saves tons of battery life by deactivating the optic when at rest, then turns it back on upon movement. Up to 100,000 hours

Trijicon SRO 's circular large lens allows faster dot tracking than any other standard size red dot sights. It's the evolved version of the RMR design for users having a hard time acquiring the dot.

Unobstructed Field of View - Fast to get on target, fast follow up, and never lose the dot inside the window even if the eye is slightly off center

Why use closed emitter reflex sight - The new Holosun 509T X2 is a closed emitter red dot designed to prevent debris from entering the optic or carrying concealed under clothing and for outdoor use.

Clamp Mount - Tighter and much more secure mount like picatinny

Holosun 507K is made for slim profile handgun that is compact and further reduce the size for conceal carry users.

Clamp Mount - Tighter and much more secure mount like picatinny

Simple battery change without hassle - Access the battery from the side tray instead of the bottom to eliminate the need to remove the sight for a battery swap.

The FNX 45 tactical pistol was the most popular polymer frame 45 handguns released in 2012. Since then it has put the legendary HK USP Tactical lower in the ranks.

HK USP Tactical is still a good gun, but it can’t accept a red dot. The good news is that the FNX 45 Tactical is optic ready right out of the box.

The Ruger MARK IV is probably the most popular 22LR pistols on the market. It’s a great plinking gun and a beginner training tool with almost no recoil.

The new MARK IV LITE 22/45 with top Picatinny rail is a blast to shoot when you mount an optic on it.

Wanna save money milling your Glock slide for an optic? The Glock MOS is optic ready right out of the box!

Shooting a Glock with an optic is a lot of fun, it helps with faster aiming, better accuracy, and looks cool.

The CZ Shadow 2 is honestly the best competition pistol on the market today. It's heavy, and it kicks way less than any other handguns due to its unique ergonomics.

When you add a big window red dot sight to this gun, you can dominate the match and have a lot of fun.

Shooting the new Sig P320 X Five Legion in handgun competitions with a red dot is awesome and fun. It’s an upgraded version from the original X5.

The weight was increased to 43.5oz with TXG tungsten-infused grip module ion order to reduce muzzle flip by about 50%. The trigger pull of the XFIVE Legion is ~30% lighter with the new skeletonized trigger, which increases shooting speed and accuracy.

The recoil system has been upgraded to use a solid steel guide rod and a 14lb 1911-style spring.

Pairing this thing either with a Sig red dot or other red dots on the market will make this thing kick ass on the competition stages.

The NEW Springfield Hellcat OSP has finally entered the micro pistol arena against guns like the Glock 43 & Sig P365. The gun's biggest winning point is its extended magazine capacity in a palm size pistol.

Now adding a red dot to it

The Walther PPQ Match competition-oriented handgun is a slick gun with a lot of potentials. The handgun is optic and match ready right out of the box.

Because the gun is efficient, accurate and adaptable, making it super popular for range & competition use.

FN 509 Tactical is an upgrade to its original 509 pistol, now it’s optic ready right out of the box.

The new optics mounting system accepts the majority of red dots on the market today without the need to direct mill the slide.

Available in full size and compact size. Whether you’re using it for duty carry or for competition, shooting the gun with RDS is fun.

Average $ 700-900 right out of the box, you get mounting plates and screws in a sealed bag that allows you to mount any pistol optics on the market.

Can You Put A Red Dot On A Beretta 92fs (M9)?  The Beretta M9 or 92FS slides can’t be milled like other striker-fired handgun slides.

1. Not enough room for a base mounting plate
2. Milling the slide milling will destroy the gun

Milling the slide will destroy the critical functionality of the Beretta M9!
Please use the rail mount sight adapter OR the dovetail rear sight mount.

Unfortunately, the new Beretta M9A3 has the same slide as before, so there are no proprietary ways to install the sight without any modification.

However, the rear sight is adjustable and removable, which means a dovetail rear sight adapter is your best option for adding an optic.

The HK VP9 has gone through several iterations to make it better, and one of the improvements on the newer models is the optic compatibility right out of the box.

The VP9's grip angle is extremely comfortable, which makes it fairly natural to shoot with a red dot optic.

But...For the original VP9 users, mill the slide for an optic or get a dovetail optic mount are the only options.

What To Look For

Pistols such as Glock and Smith Wesson M&P have low bore axis, which makes them easier to handle recoil & faster follow-up shots, because the bore of the gun stay as close to the top of the shooter's hand as possible.

The size of the optic window matters because it gives you extra room to find the dot. Not being able to pick up the red dot fast while using a small window sight on a low bore axis handgun is one of the biggest complaints regarding handgun optics.

Trijicon SRO is the newest optic on the market that has a large window that solves the problem.

Shooting with two eyes open with a larger sight makes it so much easier and fun.

Over the years, many people train hard to be able to pick up the dot consistently for their unique handgun, but the problem is that your perfectly trained techniques may work with one gun, but doesn't work well when using another gun with slightly different grip angle or ergonomics.

Therefore having a slightly larger window helps a lot by eliminating the need to have a perfect pistol draw.

Red dot sight is great for distance shooting for handguns. Depending on the dot size of the optic you use, varying from 1 MOA to 6 MOA. The smaller the dot size the more refined the dot, the more you can aim accurately.

In fact, shooting handguns with red dot sight gives you faster target acquisition, and it's perfect for aging eyes where it's easier to aim with the dot than with iron sights.

Does The Weight of Optic Affect Slide Operation?

Generally speaking, handgun optics weight don't affect slide operation at all. They're all very lightweight about 2 oz, in addition, the removed material on the slide for optic mounting balances everything out.

It doesn't increase the felt recoil or anything else like that, so you will be just fine.

The weight of the optic doesn't significantly affect the performance of the slide. However, the only time weight could affect the operation is when mounting it on slides with lightening cuts or with special low recoil springs.

These red dot sights are made to handle sharp recoil forces to retain zero for accuracy. Most high-quality handgun optics are built from the ground to handle loads like 40SW, 357 Sig and even 40mm.

So they can handle a lot of G force when the slide cycles repeatedly.

Repeated recoil only damage the optic's internals if you use low-quality optic.

Generally speaking, striker-fired semi-auto pistols are the most popular platform for having a red dot sight on top.

In recent years, major gun manufacturers started to roll out optic ready pistols to the market, and it's been a successful trend.

Companies like Glock, FN, Springfield, Smith Wesson, and more all offer optic ready pistols right out of the box, so that the customers don't have to spend extra money or time milling the slide.

Most handgun optics you purchase will ship with all the mounting plates and screws for your particular firearm, so you don't have to worry.

Recently, there are solar-powered red dot optics such as the Holosun 407C as a way to increase the reliability of the sight even if the battery fails in the field.

All of these optics have favorable brightness level settings that will work indoor and out on a sunny day. The brightness of the dot may appear that the dot size has increased, however, they're not the same thing.

For optic shooters it's important to dial the brightness level to the correct setting depend on the environment, to prevent the dot from being too bright that covers up the lens and the target, or too dim to see.

The bigger the dot size the faster you can see the dot & place it on a target and shoot, and this is helpful for fast action CQB shooting & competition.

So choosing among MOA sizes, think about what your typical shooting activities are.

Something like 3 MOA to 6.5 MOA are great for close quarter.

Generally speaking, we recommend 2 MOA or 3 MOA as the middle option. Whether if you're doing competition shooting or personal defense, both of them work.

A smaller bright dot is great for long-distance target shooting without obscuring the entire target, so you can see clearly and get pinpoint accuracy.

There are optics on the market like the Holosun HS407c where the red dot will automatically turn off when not using, and it will activate when you pick it up due to motion. It's a nice feature to save battery, but it's not a must-have feature.

Most red dot sights can remain on for ridiculously long hours without failing.

In other words, don't pick a red dot sight just because of the motion sensor-activated reticle feature.

Red dot optics for handguns are here to stay. It helps the shooter to shoot fast, accurately without completely align the iron sights, both eyes open, wider field of view and much more.

For duty carry, the optic on the slide can also be used as a large sized charging handle to clear jams.

The bigger the dot around 3 - 6 MOA sizes are recommended for a much rounder dot for users with astigmatism, and it provides a big enough dot for any close range pistol applications. 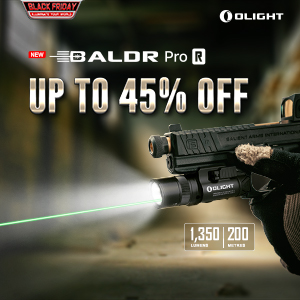